The secret to establishing your employer brand and hiring software developers 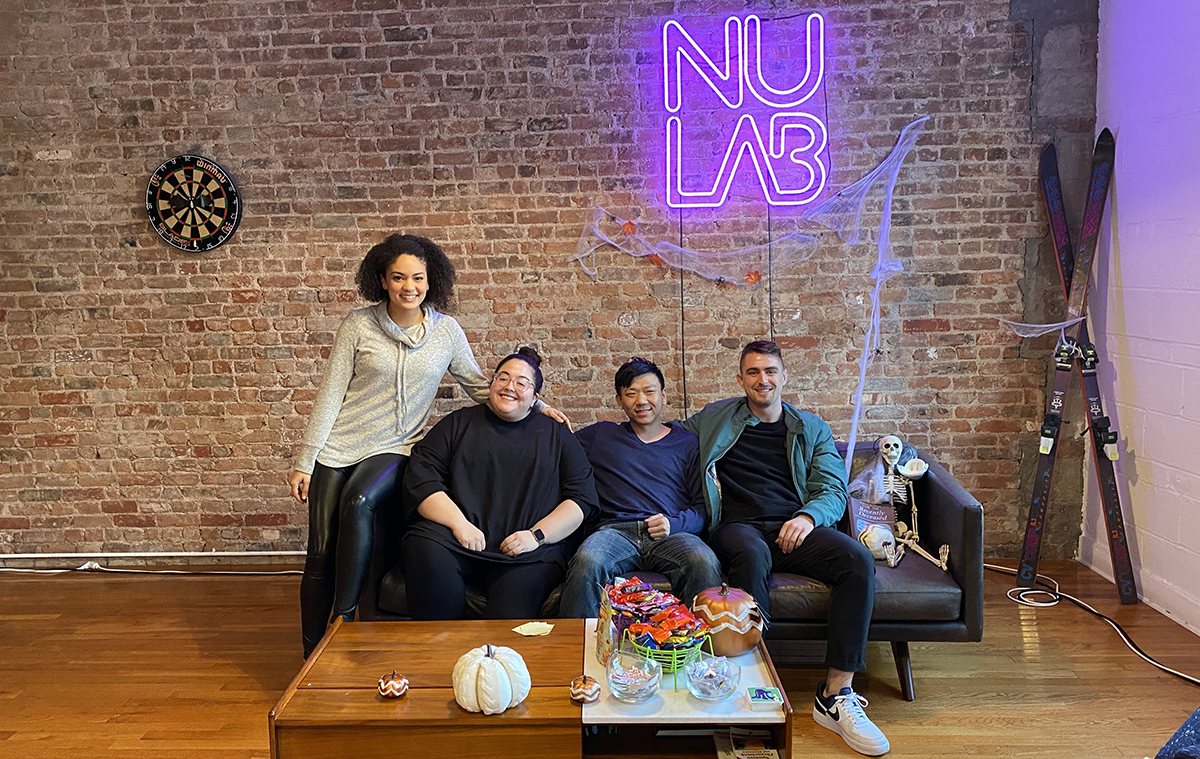 In Japan, Nulab has achieved meteoric success as a workflow and communication platform used by companies like Adobe and Softbank. Their three products elegantly and seamlessly combine functionality that many American firms currently splintering workflows across Slack, Atlassian, and Lucidchart would be amazed by. That’s why Nulab is so excited about their entrance into the American market, and why they’re taking a smarter approach to tech hiring.

“We have really high expectations for ourselves,” says Sarah Dutra, digital marketing specialist in Nulab’s New York office. “We’re coming from a company and culture that’s highly successful in Japan. It’s humbling but also exciting to get to start from scratch where not everyone here knows us yet.”

Nulab certainly isn’t letting a lack of brand recognition prevent them from building a team of world-class engineers. In fact, they’re using their situation to their advantage. Engineering and talent acquisition teams everywhere could learn a lot from the approach that Nulab is taking to stand out from a crowded and competitive field of employers.

With a small but nimble presence in New York, Nulab has taken the reigns of the rapidly growing Go developer Meetup. The event gives them an opportunity to showcase their software development initiatives as well as talk to potential hires one-on-one. They then frequently document lessons and key takeaways on their blog.

“It’s not just that we get the word out about our app, but we’re also creating a developer community,” explains Analisse Dunne, Nulab’s people operations manager.

At Nulab, community and collaboration runs deep and is a core part of the company’s DNA.

“We have an annual meeting in Japan with everyone from the company, with icebreakers and workshops. So we all put a face to the name and it never feels like you’re communicating with someone you don’t know after that,” Dunne says. “The difference between us and a lot of companies is that our interactions are all friendly and keep us all on the same page.”

Emphasize the unique aspects of your engineering culture

Often, the world’s largest companies are stuck building software in development environments that were set up years, if not decades, ago. Ambitious developers prefer to explore new languages and frameworks rather than struggle someone else’s code and comments in a .NET application.

Nulab knows that and uses their tech stack to their advantage. Of course the customer experience takes priority, but when their engineering team can use cutting-edge technology to solve a problem, they do so for the benefit of the team. They’ve used the fact that they have three different products to fully embrace a wide spectrum of techniques and technologies.

“We’ve created microservices using Go and Kubernetes, and we’ve built user interfaces with both Vue.js and React,” says Jay Chen, a software developer at Nulab, who lights up when discussing some of the latest trends in web development. He is proud of the fact that Nulab doesn’t shy away from technical challenges, and works with his talent acquisition team to emphasize that aspect of their engineering culture throughout the hiring process.

By building community and emphasizing the unique aspects of their engineering culture, Nulab is able to attract talent. They then again use their size and speed to gain a competitive advantage over larger employers.

“I think back to when I was on the other side as a candidate and always got discouraged,” Dunne begins. “If I got far into an interview process and then didn’t hear back, it’s impossible to know if they’re just slow or did I waste my time.”

That’s an experience that virtually everyone is too familiar with, especially when interviewing at big companies. In a talent market that’s as competitive as it is today, it’s a deal-breaker for qualified engineering candidates who can simply accept another offer from a faster-moving employer.

“We used to email candidates with code assessments, and then I’d have to organize all these responses in my email and coordinate with our team. Things would get lost in the shuffle because I’m doing recruiting for multiple roles while also doing people operations,” Dunne says.

Wearing multiple hats can be one of the most challenging parts of working at a startup, but Dunne wasn’t about to let it get in the way of creating the candidate experience she always wished she had.

After researching a number of platforms to streamline and optimize technical assessments, Dunne realized that most were designed for large enterprises and required steep investments and training that small to mid-sized companies couldn’t afford or didn’t need. Fortunately, she found Coderbyte — not only was it far and away the most cost-effective solution at just $249/month, it also featured the best user experience for candidates.

“I feel like Coderbyte is invaluable in that it cuts out a lot of time for me and helps us rapidly prioritize top candidates and identify mutual fit,” Dunne explains.

She’s worked with Chen and Nulab’s software development team to create a simple yet effective two-part assessment. The first part includes a general coding challenge and is meant to ensure a candidate possesses the required level of programming ability. The second part is a custom challenge specific to Nulab’s API and is meant to test a candidate’s critical thinking skills.

Coderbyte’s video recordings and reporting analytics give the team the ability to investigate and truly understand how candidates approach problem solving and troubleshooting. It wasn’t long before the engineering team determined that Coderbyte was so effective that they could exclusively rely on it to assess technical skills and could reserve time during onsite interviews to assess culture fit.

For Dutra, offering a world-class candidate experience is yet another aspect of Nulab that makes the company special. “We get to shape the culture here, solve real problems, and try new things,” she says. “It’s fun doing something you love.”